Women Truck Drivers Are On The Road With Mars Logistics 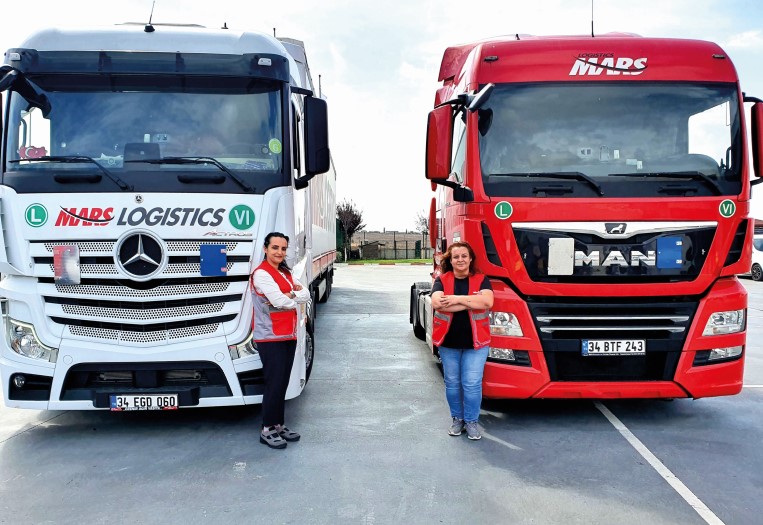 Mars Logistics is working on Gender Equality, one of the Sustainable Development Goals set by the United Nations, with the Equality Has No Gender project, which it started in January. Within the scope of the project, 2 female truck drivers started to work at Mars Logistics.

Aiming to strengthen the perception of gender equality within and outside the company within the scope of the Equality Has No Gender project, Mars Logistics started to work as of January 2021. The Equality Has No Gender project group, consisting of Mars Logistics employees, carries out awareness activities inside and outside the company.

Adding the item to increase female employment in its 2021 strategic plan, Mars Logistics has recruited 79 female employees since the beginning of the year. Mars Logistics Chairman of the Board of Directors Garip Sahillioğlu said, “One of the pillars of the project, which we aimed to extend to the entire operation of the company, was to include increasing female employment in our strategic plan. Since we added this item, 79 female colleagues have joined us.”

Believing that gender is not the criterion of whether a job can be done well or not, Mars Logistics hired 2 female truck drivers while employing a truck driver, a first within the company. Sahillioğlu said that: “The important thing for us is to make an impartial evaluation and place the right people in the right positions. We started to work with 2 of our female truck driver friends in the recruitments we carried out in a transparent manner without discrimination of religion, language, race or gender.”

Yıldız said the following about women who want to be a truck driver but do not have the courage because it is seen as a male profession: “There is nothing a woman cannot do. As long as they want, they dare.”

Kübra Şeker, another truck driver who started to work at Mars Logistics, explained how to become a female truck driver in Turkey: I don't think there are any men and women in business today. Anyone who likes to drive can become a truck driver.” Şeker stated that women are involved in all processes at Mars Logistics and a family atmosphere is provided.

“We will continue to buy female drivers”

Mars Logistics Chairman of the Board of Directors Sahillioğlu stated that they will continue to work in the field of gender equality and said, “As Mars Logistics, we are against all kinds of negative discrimination against women. We will continue to implement our equality policy, which we maintain in all areas of our company, to develop projects and to hire female drivers.”